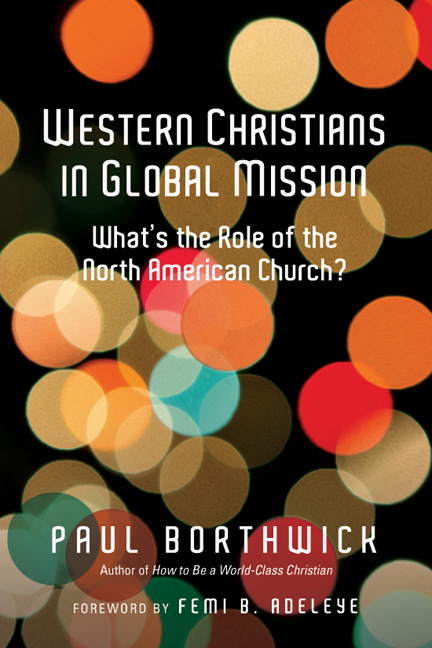 Find it on Amazon and IVPress.com

The world has changed.

A century ago, Christianity was still primarily centered in North America and Europe. By the dawn of the twenty-first century, Christianity had become a truly global faith, with Christians in Asia, Africa and Latin America outpacing those in the rest of the world. There are now more Christians in China than in all of Europe, more Pentecostals in Brazil than in the United States, and more Anglicans in Kenya than in Great Britain, Canada and the United States combined. Countries that were once destinations for western missionaries are now sending their own missionaries to North America.

Given these changes, some think the day of the Western missionary is over. Some are wary that American mission efforts may perpetuate an imperialistic colonialism. Some say that global outreach is best left to indigenous leaders. Others simply feel that resources should be focused on the home front. Is there an ongoing role for the North American church in global mission?

Missions specialist Paul Borthwick brings an urgent report on how the Western church can best continue in global mission. He provides a current analysis of the state of the world and how Majority World leaders perceive North American Christians’ place. Borthwick offers concrete advice for how Western Christians can be involved without being paternalistic or creating dependency. Using their human and material resources with wise and strategic stewardship, North Americans can join forces with the Majority World in new, interdependent ways to answer God’s call to global involvement.

In this critical age, the global body of Christ needs one another more than ever. Discover how the Western church can contribute to a new era of mission marked by mutuality, reciprocity and humility.

“For decades Paul Borthwick has persevered in his call to travel the world and teach the way the best teaching is done: to small groups of leaders who have become his friends. This has given him an excellent opportunity to sense the pulse of the life of Christians in the Majority World. Now he has used this knowledge, and augmented it with wide reading, to address his own people in what may be the most important book he has written.” (Ajith Fernando, teaching director, Youth for Christ, Sri Lanka)

“I have had the joy of meeting Paul Borthwick in a variety of places around the world. Like in previous books he has published, in this one he shows the ability to put a lot of information in a readable and meaningful way. Going through the second part of this book, it is evident that Paul wants people to change and grow as persons, and to this end he puts together missionary passion, pastoral savvy and good readable style.” (Samuel Escobar, Valencia, Spain, professor emeritus of missiology, Palmer Theological Seminary, professor, the Facultad Protestante de Teología UEBE, Madrid, author, The New Global Mission)

“Get ready for some tough questions and humbling stories! Borthwick brilliantly gathers voices from around the globe and paints an honest picture of the North American church in global missions. This book is a must-read for anyone wanting to gain a 10,000-foot view of our changing world, or wanting to build effective partnerships with Majority World churches.” (Tom Lin, vice president, director of missions and director of the Urbana Student Missions Conference, InterVarsity Christian Fellowship/USA)

“It’s easy to hang our heads in despair over the many ills of Western missions. But many of us stop there, paralyzed from doing anything. In typical Borthwick style, Paul draws upon his vast experiences to suggest solutions for how we can and should engage in global mission for such a time as this.” (David Livermore, Ph.D., author of Serving with Eyes Wide Open and Leading with Cultural Intelligence)

Summary and Evaluation by @mike_reynolds

The makeup of Christians in the world is not predominately Western. The “missionary-sending endeavors from places like South Korea, India, Nigeria, Brazil and China” (page 17) naturally cause the North American church to wonder what its place is in the global initiative of God. Borthwick first seeks to share a sort of snapshot of the current state of the world, the North American church, and the global church (chs. 1-3). We live in a world in which there is a massive gap between rich and poor, and a wall between those who have heard the gospel and those who have not. This is a world in which there is constant migration and movement, leading to massive urbanization. It certainly is a world in which things are changing, and things need addressed. The Christian center-of-gravity, so to speak, is shifting from north to south and west to east. That does not mean, however, that the North American church is down-and-out. By no means are the responsibilities of the North American church diminished because of this shift. The church in North America has unique strengths given its situation and history (i.e. wealth, optimism, etc.). Likewise, it has unique challenges (i.e. nationalism, disconnect with the poorer world, etc.) that it must overcome in order to be exceedingly useful on a global scale. Conversely, the majority world church has unique strengths (i.e. zeal, expectancy, etc.), as well as challenges (i.e. making converts vs. disciples, prosperity teaching, etc.) that need to be overcome.

To conclude the book on global mission, Borthwick looks ahead. The growth of the global church is more about the rise of everyone else than it is about the decline of the North American church. Therefore, “we need to learn how to participate from a platform of servanthood rather than power” (page 104). Any involvement of Western Christians within global mission must be grounded in Scripture—there has to be a solid biblical foundation. Aside from that, there a many ways that the North American church can shift their emphasis from power to servanthood. For example, being humble and genuinely serving; building meaningful relationships and equal partnerships; allowing others to have control and listening to what other believers have to say; engaging in mission sacrificially, rather than simply generously. We have got to recognize that the global church is bigger than the Western church, and does not overwhelmingly consist of Westerners. In doing so, we can seek an interdependence with the majority church in the mission of God.

Borthwick lays out a practical argument in my opinion. Overall, I think he was fair and well rounded in his portrayal of the world, the North American church, and the majority world church. However, the fact that there are 11 concerns listed for the North American church while the majority world church has 4 may be due to the fact that Borthwick is Western. Another aspect of the global mission book that may stem from Borthwick’s Western origins is the very structure of the book itself (i.e. North America in contrast with the rest of the world). Given the thesis and overall argument of the book on global mission, this is acceptable, as long as it is recognized that the “majority world” church is made up of numerous distinct churches. That is, there is not simply the Western church and the rest-of-the-world church. Overall, I think this is a good read for anyone—ministers, students, and laypeople alike. It is an accessible read about our Western church’s function within global Christianity today, and the importance of that topic cannot be overstated. 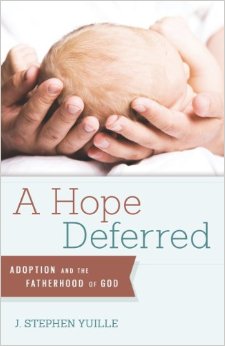 Christianity and Islam: Evangelicals and Americans Are Not on the Same Page About the “Same God”