In the 1820s frontier wilderness, survival is a bear.

One of the memorable (and most talked about) scenes in The Revenant is an epic fight between Leonardo DiCaprio and a grizzly bear. The bloody brawl occurs early in the film and is the plot’s inciting incident. Gravely injured by the bear, 1820s frontiersman Hugh Glass (DiCaprio) is left for dead by his fellow hunters/fur-traders and must survive in the wilderness in the dead of winter.

As if it wasn’t already hard enough to survive the Pawnee tomahawks and arrows, subzero temperatures, blizzards, dehydration, and treacherous men within his own group (most notably Tom Hardy’s villainous character Fitzgerald), Glass must do it all having been maimed, mauled, and flayed by a bear.

But the death match with the bear is also thematically significant, as it sets up the film’s existential grappling with the meaning of humankind as unique (or not) among the creatures of the earth. What makes a man different from a bear? In their brutal fight, Glass and grizzly are evenly matched. Their fight is mirrored later in the film by a human-on-human blood bout that is no less savage and similarly choreographed.

Throughout the film, as he survives alone in the wilderness, Glass is purposely made to look and act like a bear. He wraps himself in bear fur as a coat and crawls along the ground. He grabs fish directly from a mountain river and takes bites out of them. He devours flesh directly from the carcass of a buffalo. His most elemental instinct is to protect his young.

Director Alejandro González Iñárritu, fresh off an Academy Award for a film where a man has fantasies of being bird-like (Birdman), this time explores a story that may as well be called Bearman. (Read our exclusive interview … 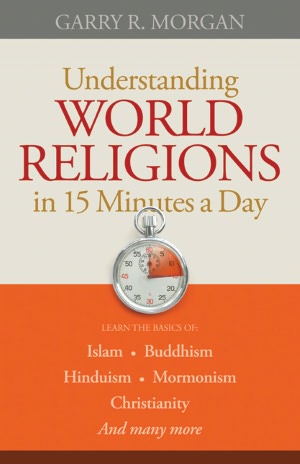 The Final Summit by Andy Andrews

I AM SECOND by Dave Sterrett and Doug Bender

The Parables of Jesus Christ by Eric Brandon Roberts